Legend of the Black Sea

The legend of the Black Sea

Once upon a time there was a beautiful girl , named Heraclea , the granddaughter of the god of the Black Sea . She was in love with George, a handsome and brave fisherman . But Tauctis , son of the Aegean Sea, a dragon with three heads , three hearts and nine poisonous claws , wanted Heraclea 's heart too.


When George and Heraclea met on the cliffs to declare Their love Tauctis watched Them through the magic mirror . He wants to declare war to the god of the Black Sea , but , as he can live only in water , he left with all the his snakes against the god of the Black Sea . Heraclea is Taken to a high fortress not to be reached by the snakes . George asked the god of the Balck Sea to let him fight against the snakes but he is REFUSED as he can not live under water . Thus George DECIDED to come to meet Tauctis with the his boat . The spirit of the seas , Nahado , wanted to help George. He built two salt mountains at the border Between the Black Sea and the other seas . By the power given to him by Nahado , George managed to defeat the snakes by breaking into pieces the salt mountains . Nahado in the his turn Told all the sailors to help George , but in the end George and the god of the Balck Sea are defeated by Tauctis . Helped by the his mother , Tauctis took some magic grains to be able to live on land and went to take Heraclea from the fortress . Nahado had not let the sailors die and Thus he gave George three more days to save Heraclea and then he would die . A terrible fight strated Between Tauctis and George. Tauctis cut two of Tauctis ' heads and chained him to a cliff . The salted water from the salt mountains did not let Tauctis ' to cure wounds . George went to save Heraclea and then to die but Nahado just wanted to test Their love so he let George live . The legends says That Their wedding lasted thirty days and They lived happily ever after . 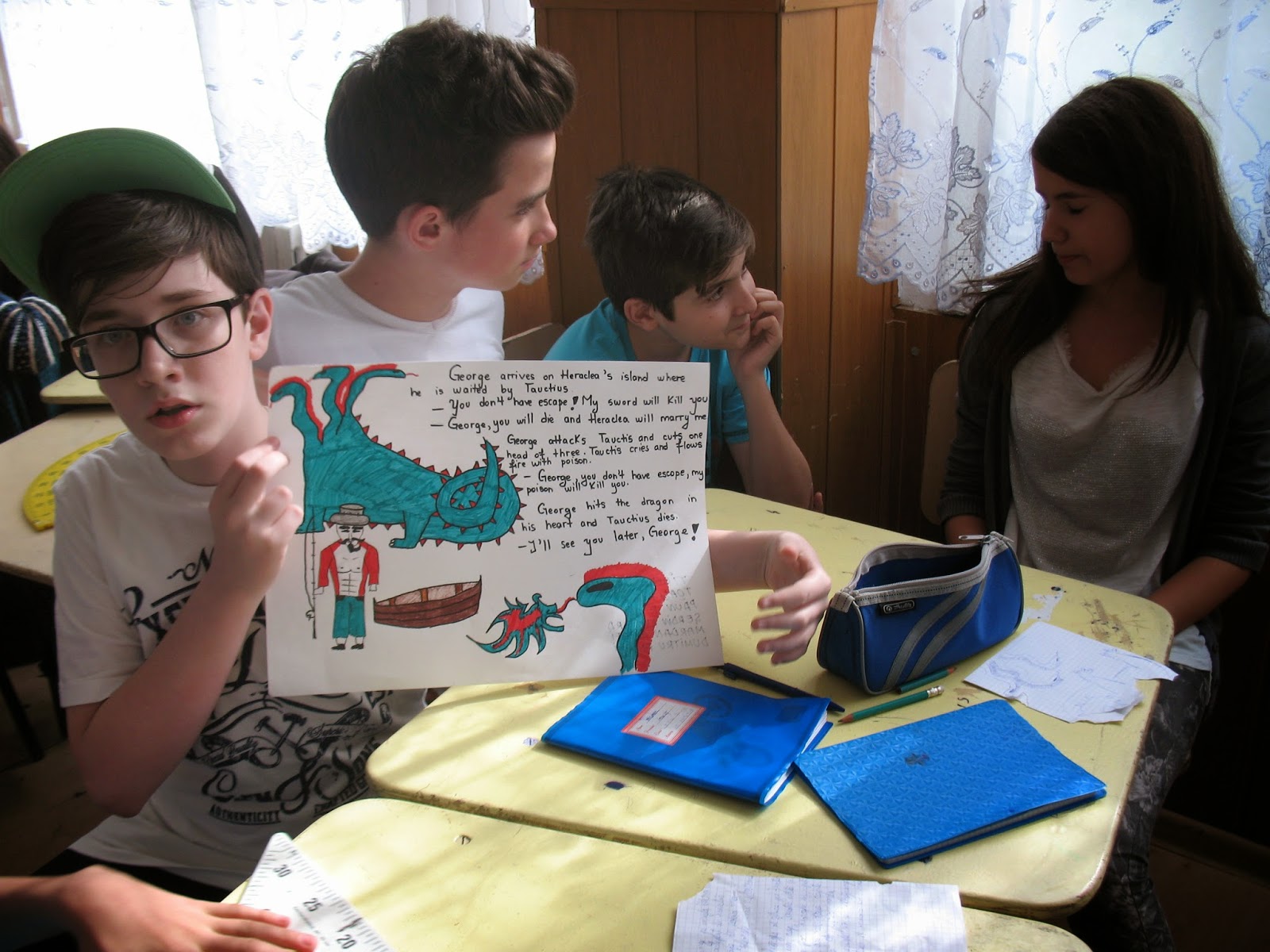 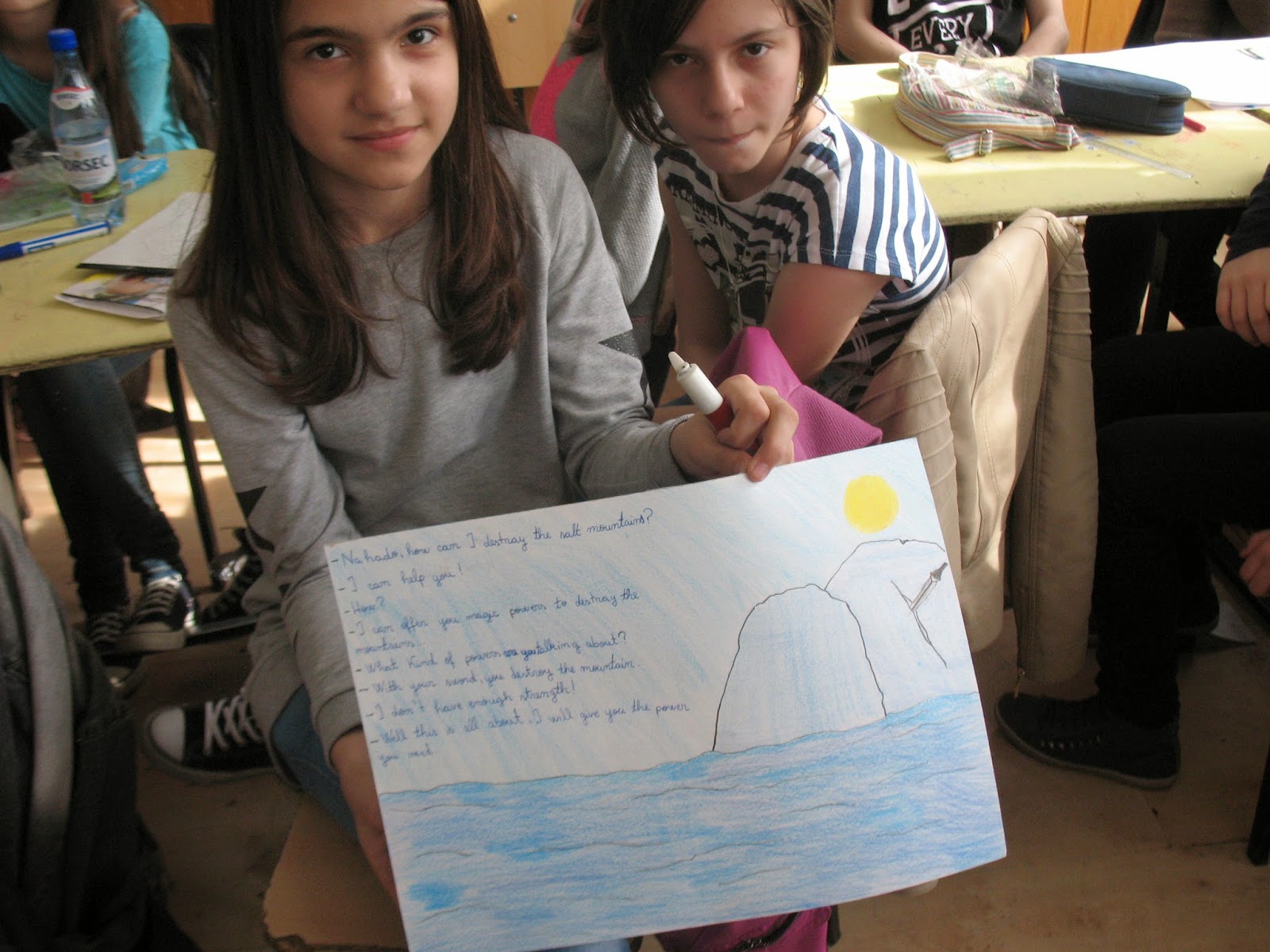 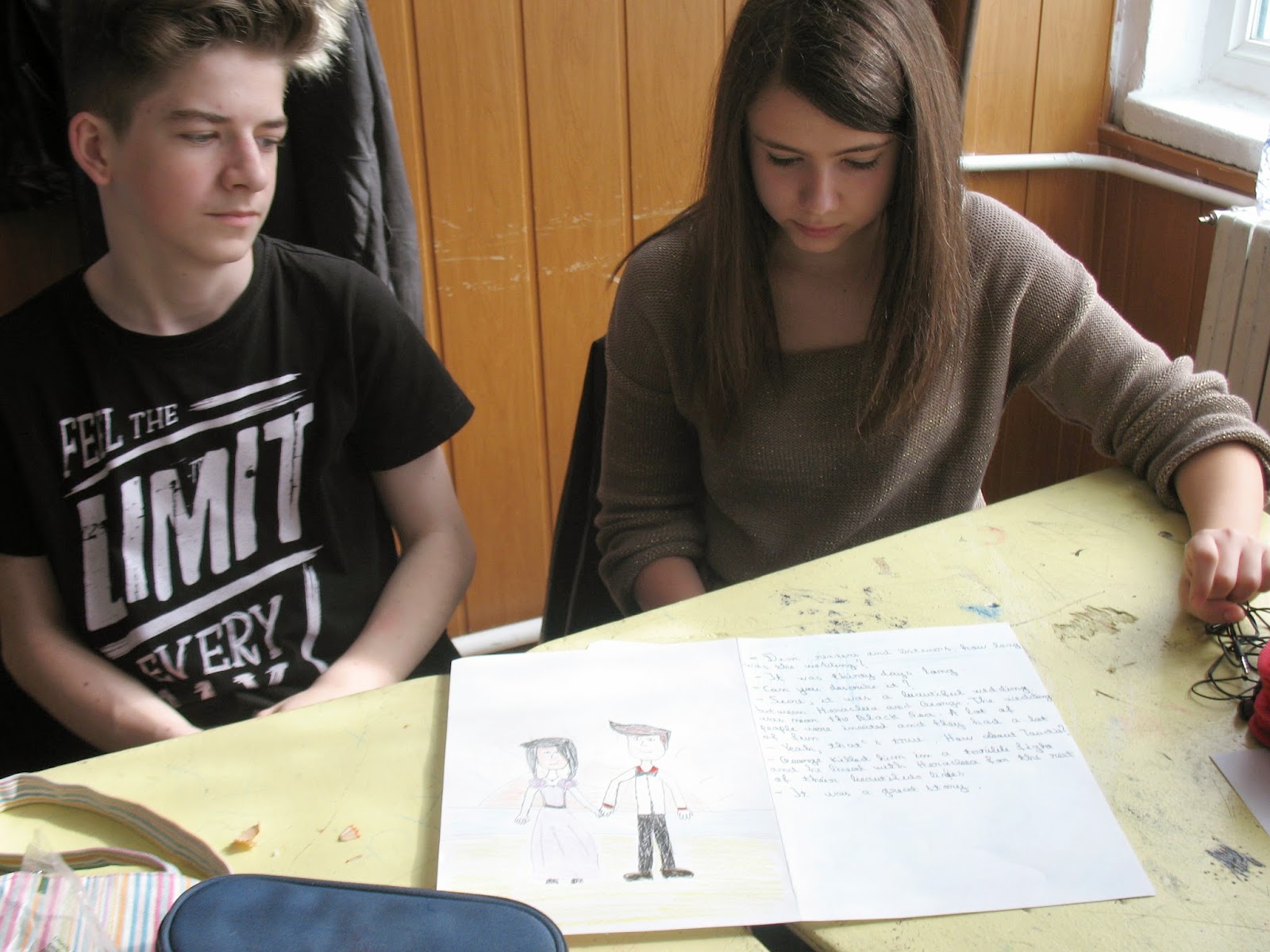 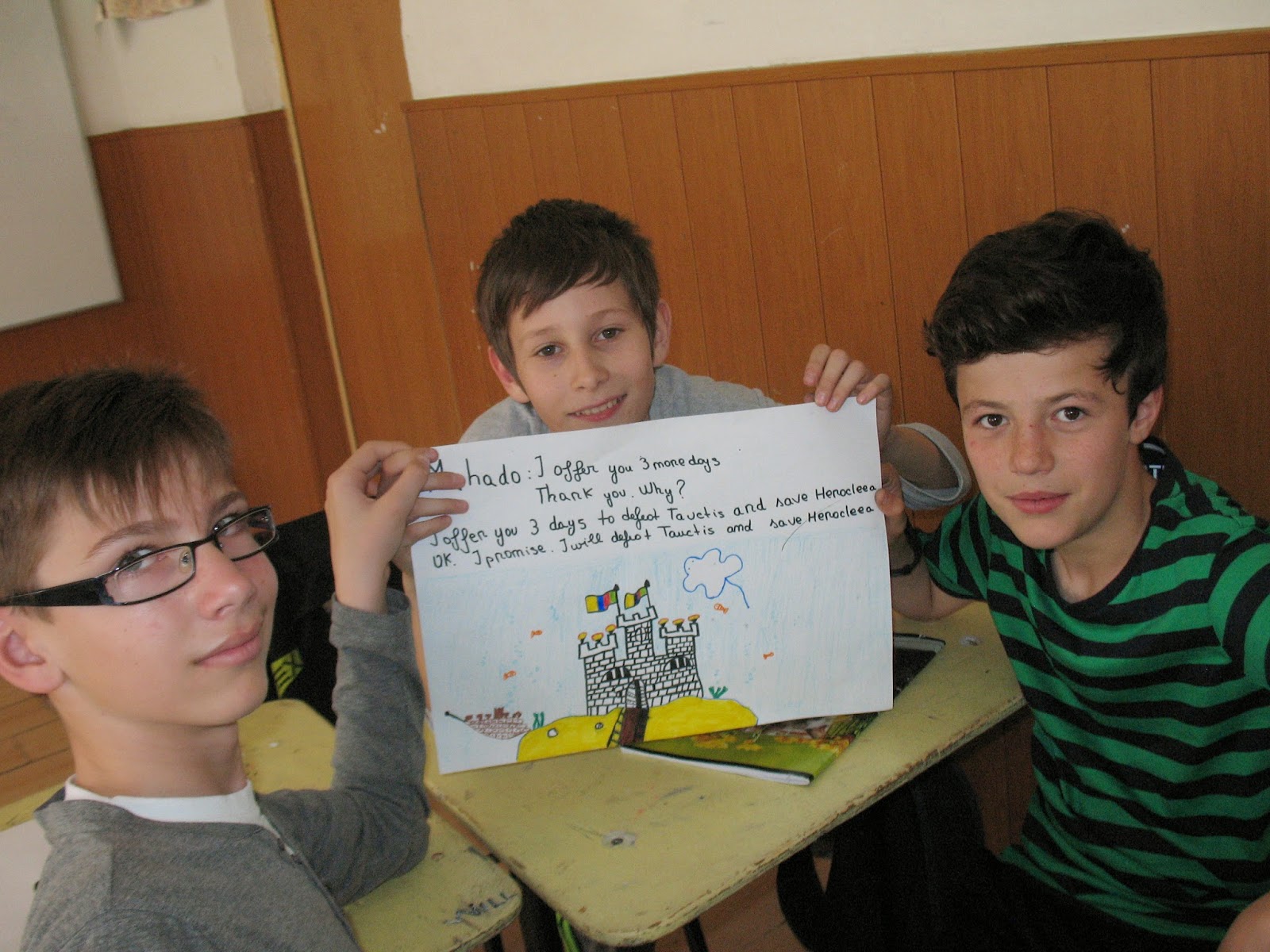 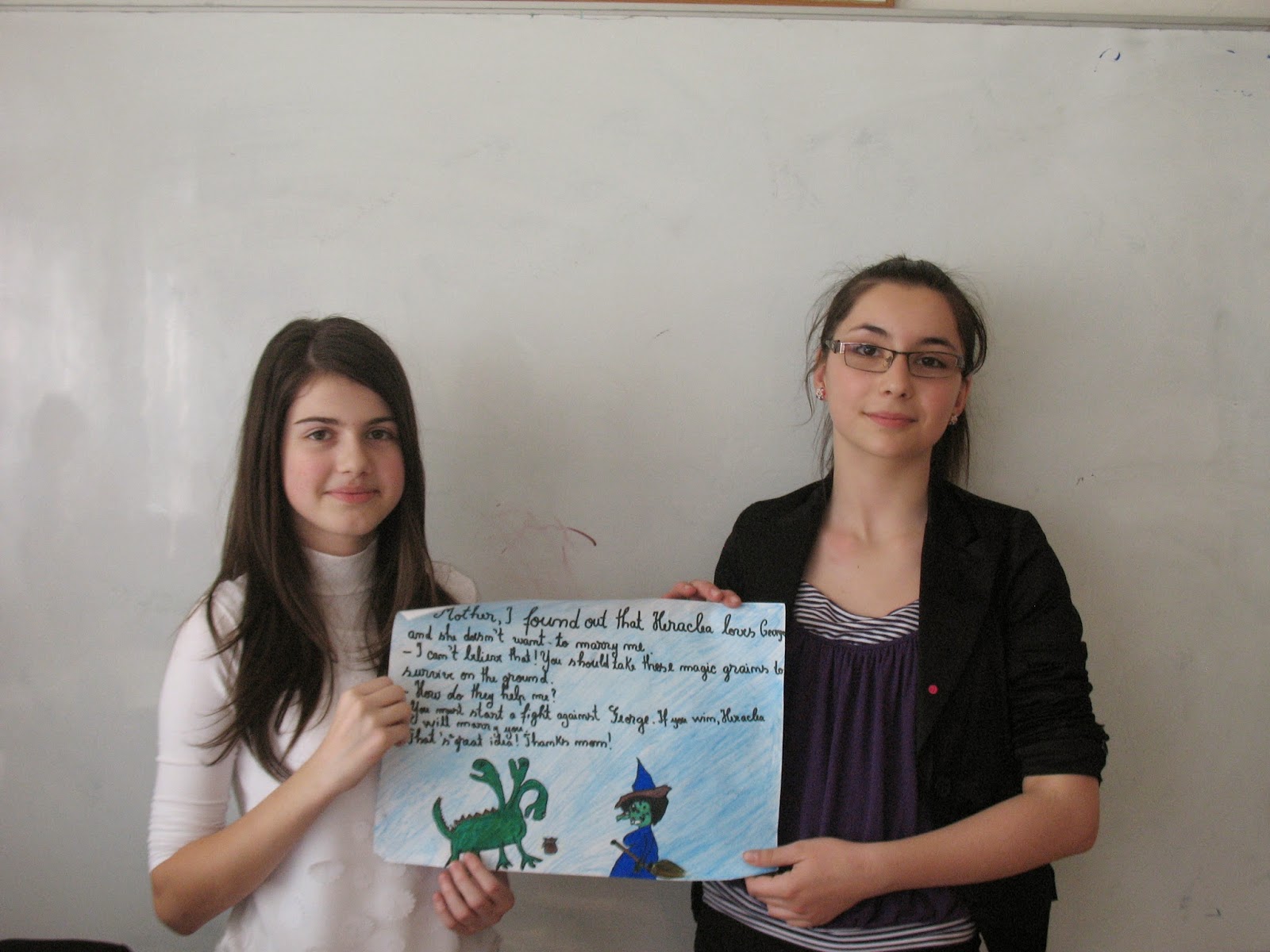 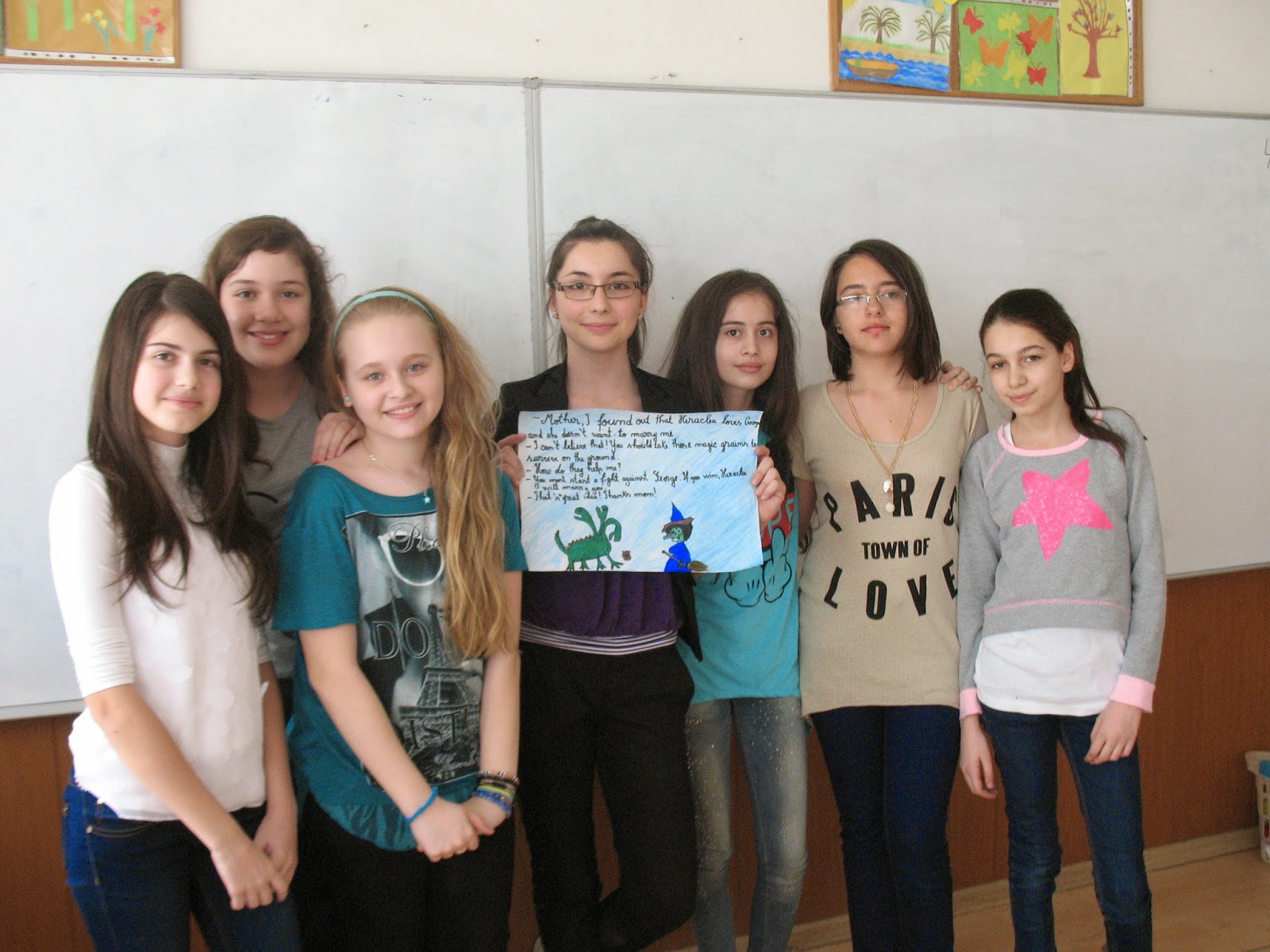 Students draw and creat dialogues for the important moments of the legend. 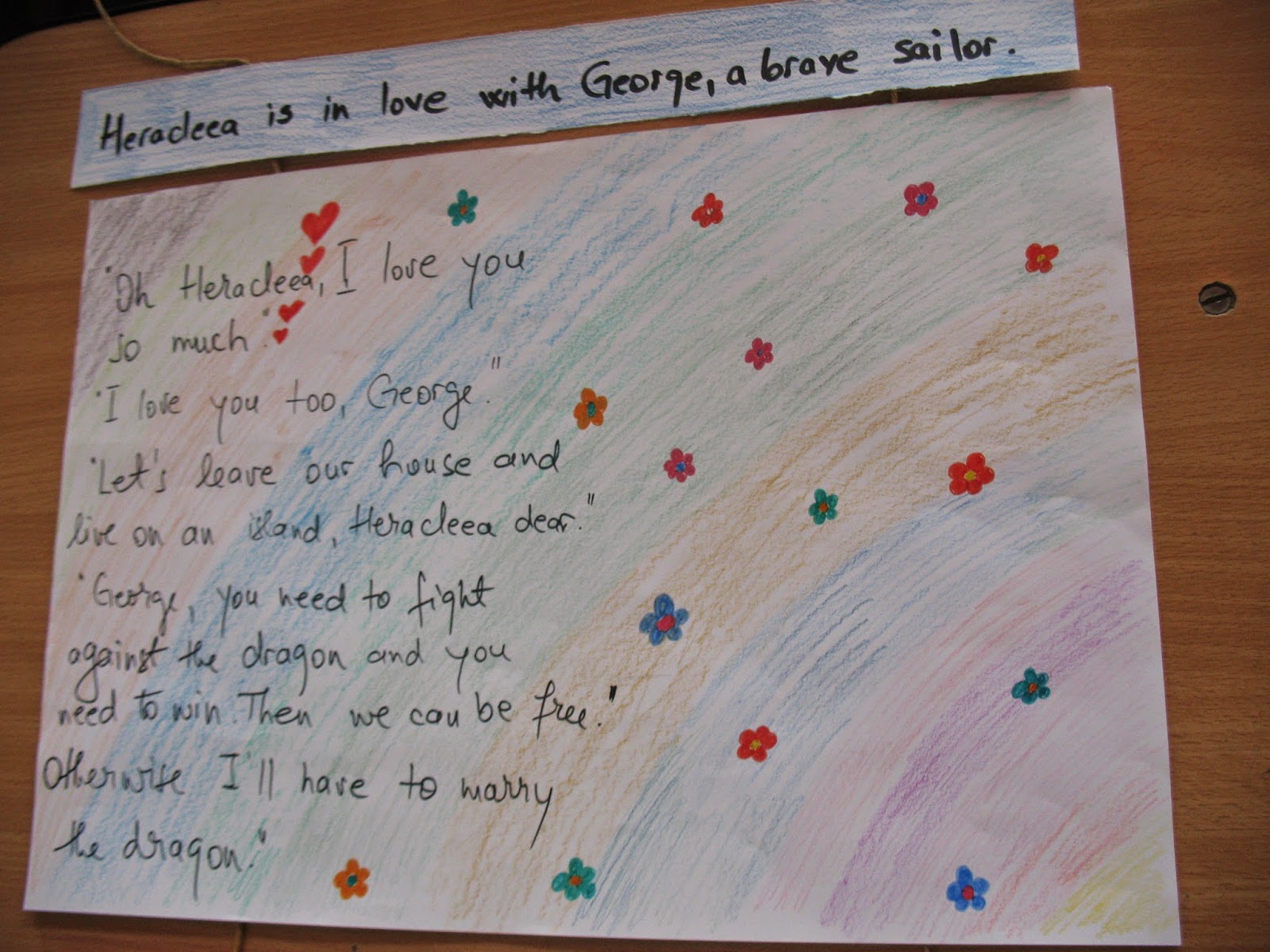 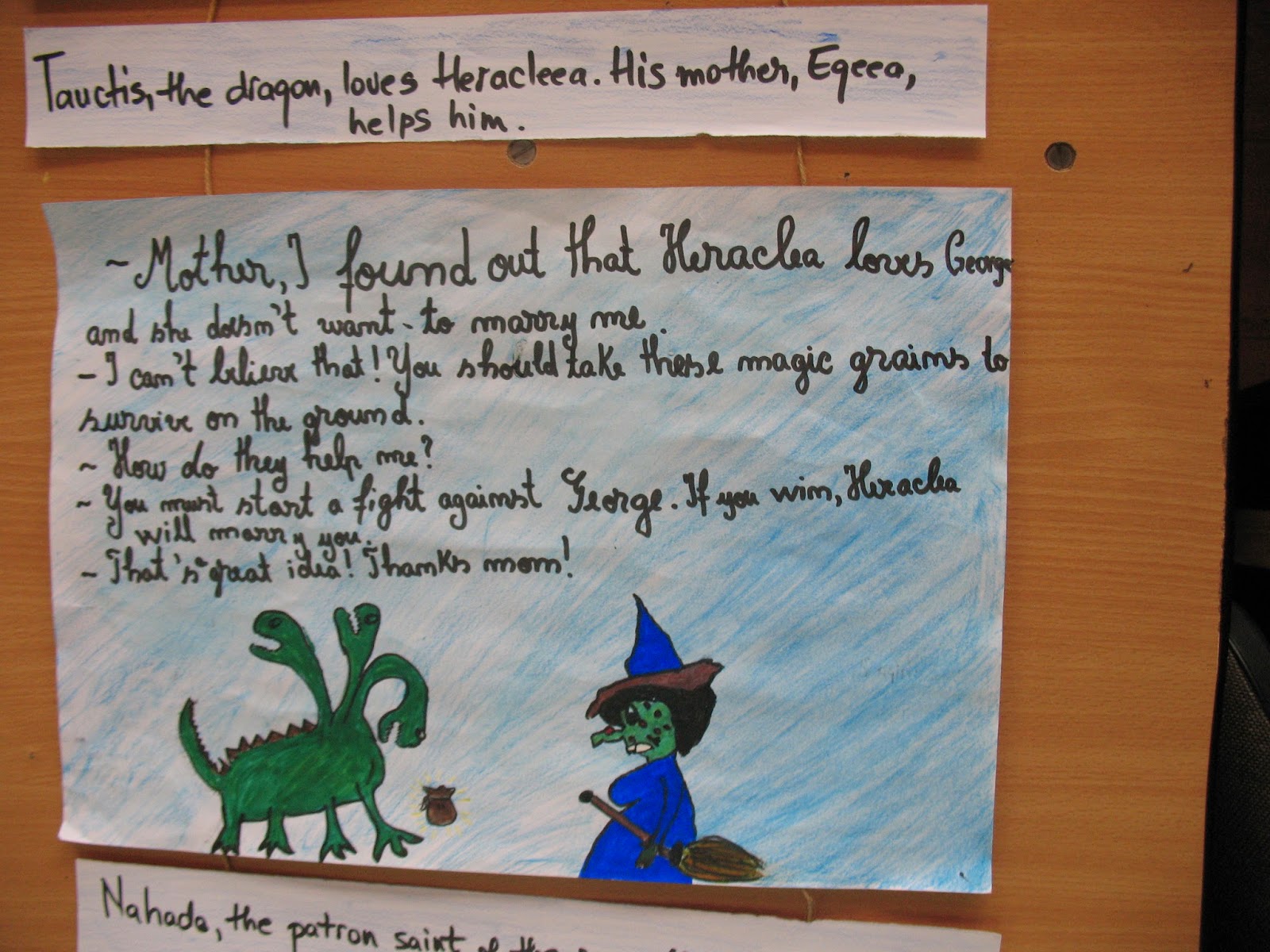 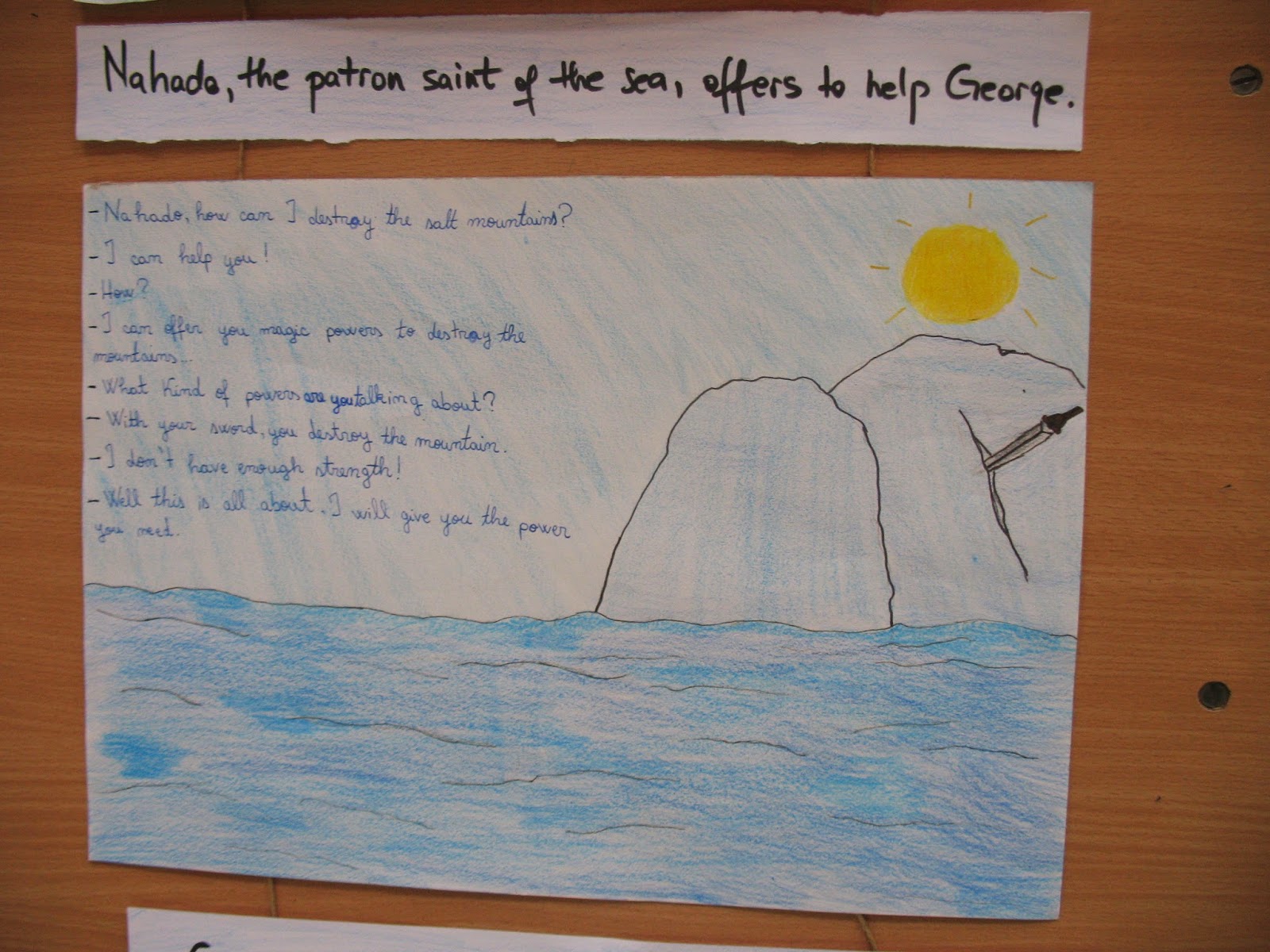 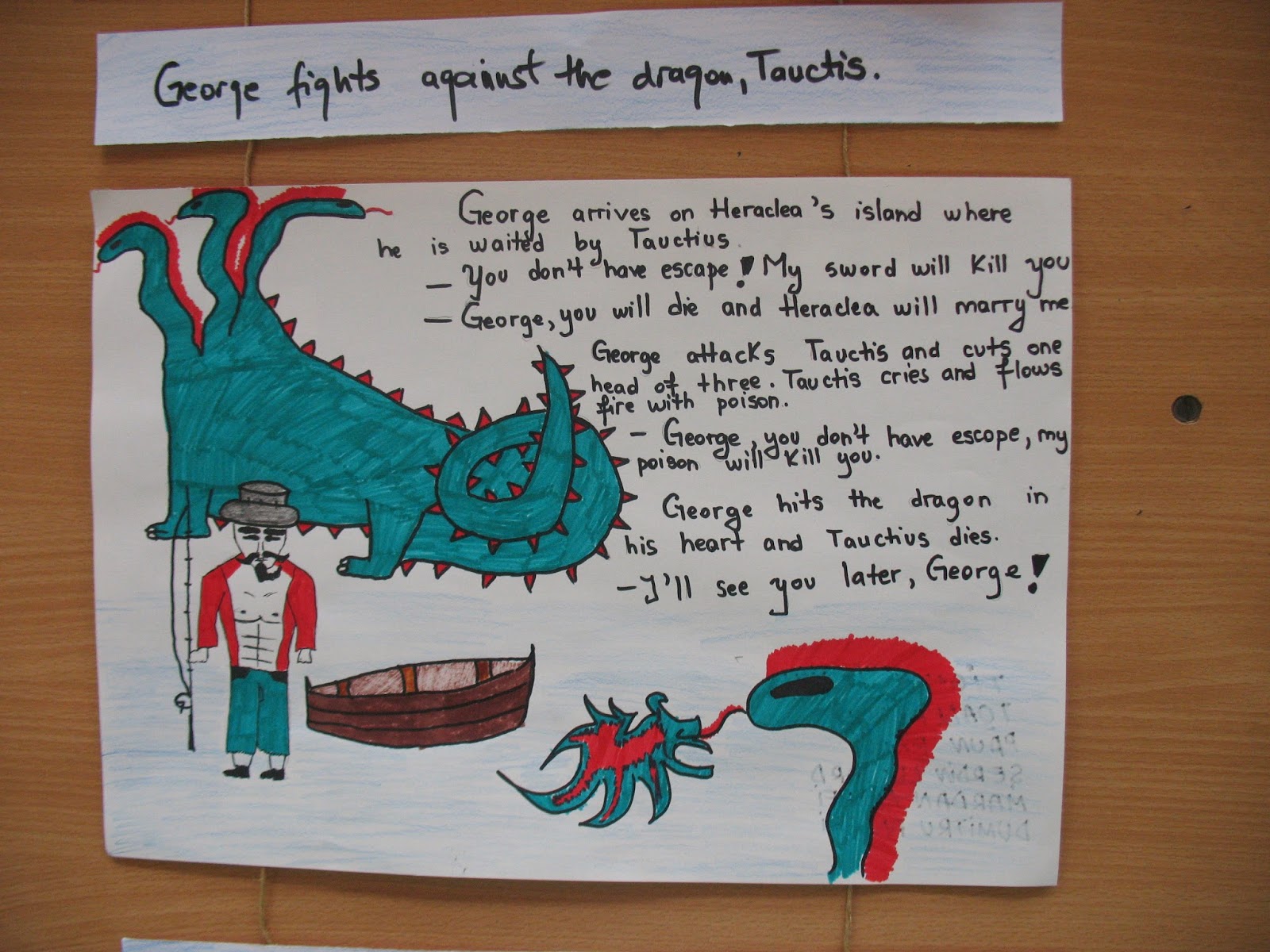 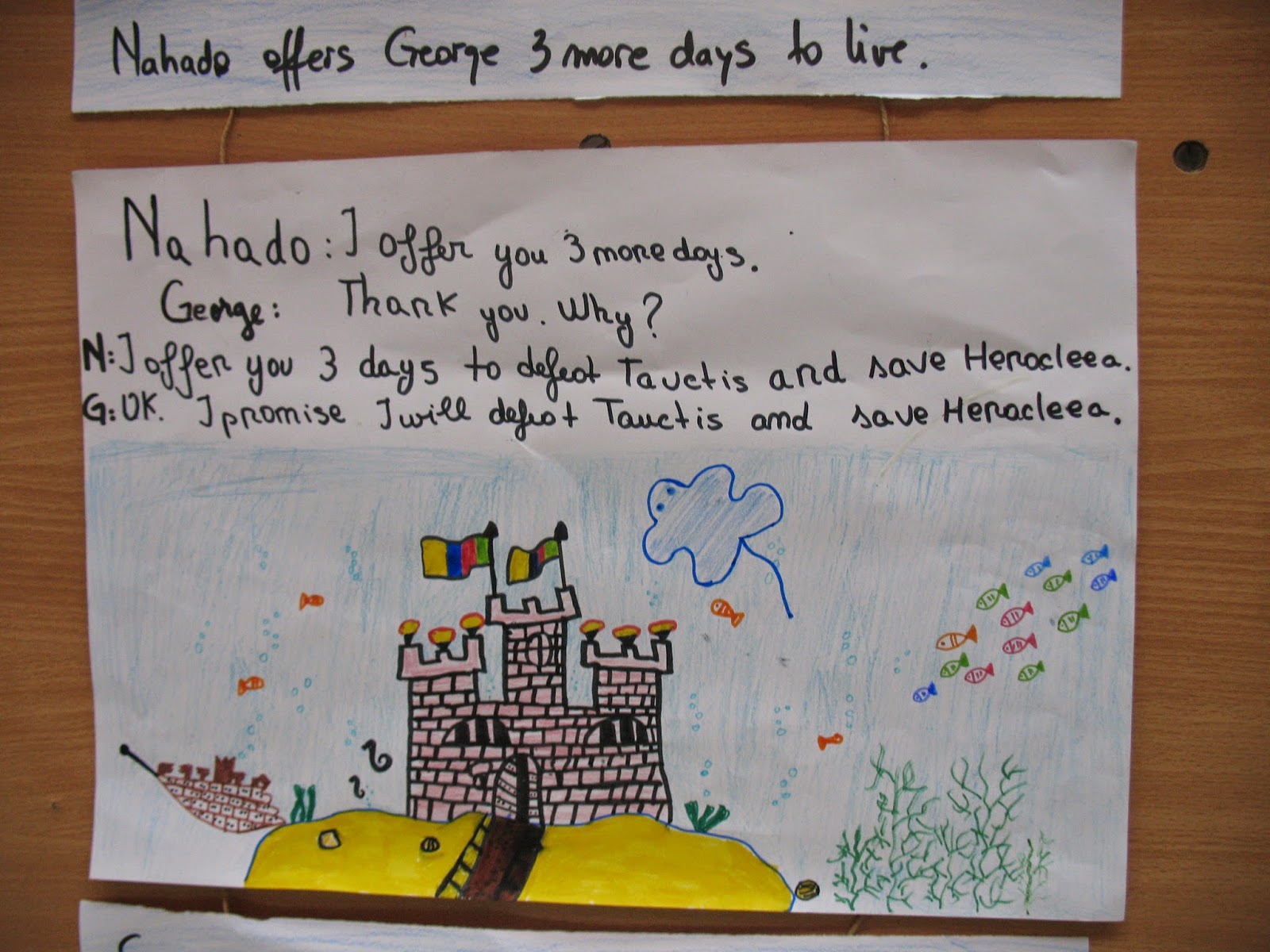 I know your students are very talented! Very nice work!